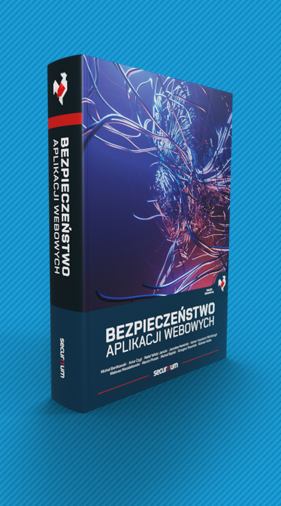 : oglądaj sekurakowe live-streamy o bezpieczeństwie IT.
We planned to publish the following article after release fixed OpenSSH version. However, due to the fact that technical details with working exploit were published on the Internet, we decided to publish our research.

When testing infrastructure security, we often face the task of testing the security of the SSH server. One of the basic tests is to check the resistance to brute-force attacks. When performing such a type of attacks, knowledge of correct user names significantly increases the probability of success – instead of checking all possible combinations of potential usernames and passwords, we check the validity of passwords only for existing users. One way to obtain a list of correct usernames is enumeration, which, in simple terms, boils down to using the authentication server error to verify that the username is correct. If the authentication server allows to enumerate user names, the brute-force attack can be divided into two stages:

Due to the popularity of the OpenSSH server, I decided to analyze the server code for the vulnerability to enumerating user names. The result of the analysis is presented below.

The auth2-pubkey.c file contains the code implementing the key authentication:

Lines 105-107 contain the code responsible for parsing the SSH packet. If a parsing error occurs, the process ends in an error (calling the „fatal” function on line 108). At this stage of the analysis, we can assume that „gentle” (line 103) and emergency (line 108) ending of the authentication process should be clearly distinguishable from the SSH client’s perspective.

In order to develop a method for the emergency completion of the process, let’s analyze the function „sshpkt_get_string” (packet.c):

The function performs validation of the „string” value, among other things the data length is checked (line 165) – the length cannot be greater than SSHBUF_SIZE_MAX - 4.

At this point, we obtained a way to force the „sshpkt_get_string” function to return an error – sending a „string” value with a length greater than 0x8000000 - 4.

Let’s go back to the analysis of the function „userauth_pubkey” (auth2-pubkey.c):

There is an attempt to read the „string” value at line 107. Sending a value greater than 0x8000000 - 4 should cause the „sshpkt_get_string” function to return an error and result in an emergency termination of the process (line 108). It is worth to mention that the data sent does not have to have a length greater than 0x8000000 - 4, only the declared size (sent in a separate field) must exceed the allowed value.

In order to send a crafted SSH packet that contains a „string” with the appropriate length, I will modify the paramiko library. Paramiko is an implementation of SSHv2 protocol written in Python (https://github.com/paramiko/paramiko). I encourage you to modify the library on your own.

Based on the modified paramiko library, let’s write a simple script to verify the correctness of the user’s name:

Running the script for the name of an existing user (user) ends with the error „No existing session”:

Running the script for the name of a non-existent user (asdf) ends with the error „Authentication failed.”:

The difference in the server response allows to unambiguously determine whether a user with a given name exists in the tested system.

At the end it is worth mentioning that the presented enumeration error, in addition to the obvious use in the first phase of the brute-force attack, can also be used to detect software installed on the tested server, e.g. detection of the user „postgres” suggests that the PostgreSQL database is used. Going forward, the existence or absence of certain names may suggest the use of a given operating system.

Issue was reported to OpenSSH team. Due to the fact that fixed OpenSSH version has not been published yet, while on the Internet it is possible to find a working exploit, we recommend the following mitigations to protect against brute-force attacks: